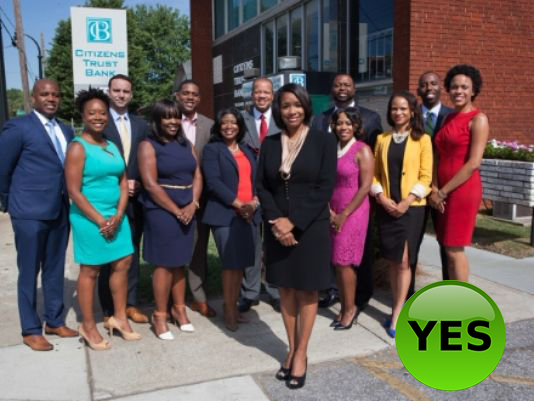 The movement to support black-owned banks picked up this summer after the rapper and community activist Killer Mike initiated the #bankblack challenge.

(This image shows Black-owned or majority-owned banks across the country. Source: Black Out Coalition)

Killer Mike was joined by other music industry activists, such as Jermaine Dupri and Usher, to encourage people throughout the country to open a savings account at black-owned banks and deposit $100.

In the first five days, 8,000 people had responded to Killer Mike’s call and opened accounts at Citizens Trust Bank in Atlanta. OneUnited bank experienced a similar increase in business.

By July, #Bankblack supporters deposited $3 million into new accounts. The #bankblack challenge is intended to complement the #BlackLivesMatter campaign as well as to demonstrate the power of African-American financial decisions.

Black-owned banks and financial services institutions are a vital source of community development and economic empowerment. The recent support of the black banking movement is a form of economic awareness and a shift towards local community building. It is also an economic protest in which action is taken with wallets to move money out of large corporate banks and into black-owned banks.

A large component of the development of predominantly African-American neighborhoods also emphasizes the strengthening of civil rights particularly in regards to the criminal justice system. The bank black movement promotes unification and self-help economics to cure social ills in the black community.

Justin Garrette Moore, an urban planner, and designer and the director of New York City’s Public Design Commission, in addition to others, has advocated in favor of supporting strategies of economic-based protests as a method to promote civil rights. He recently

He recently voiced that, “having more wealth and more exchange and accumulation of wealth and property in the black community could, I think, create a different context for a lot of these conversations about community policing or safety”. 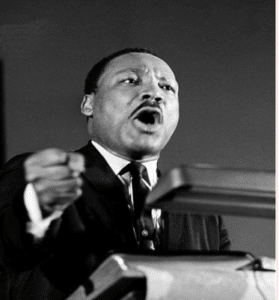 In April 1968 Martin Luther King Jr. gave a speech in Memphis, on equality and economic empowerment stating, “We’ve got to strengthen black institutions. I call upon you to take your money out of the banks downtown and deposit your money in Tri-State Bank [a Memphis black-owned bank]. We want a “bank-in” movement in Memphis…

We want a “bank-in” movement in Memphis…

Now, these are some practical things that we can do. We begin the process of building a greater economic base. And at the same time, we are putting pressure where it really hurts. I ask you to follow through here.”

TMOT began noting the primary difference between corporate banks and black-owned banks. Banks primary function and means of largest revenue generation is through lending services. The amount of lending is based

The amount of lending is based on the number of deposits in their clients’ savings and checking accounts. The primary difference between the business practices of corporate banks and black-owned banks is that black-owned banks and financial institutions engage in more local and community-based activity. As such, the money stays in the communities of their clients.

Community advocacy is a large component of black-owned or majority-owned financial institutions’ mission. These institutions serve those who fail to meet the requirements of corporate banks. Black banking supports building community capacity from the ground up by granting loans or consulting services to small businesses, procuring mortgages for low-income homebuyers, or helping underserved individuals set up an account. In some instances, the latter does occur within corporate banks however local development and local customers are a top priority for black-owned financial institutions.

This mission of Black-owned banks is particularly important in that they provide timely services and support when national policy initiatives, as well as national institutions, are slow to end current social problems in many African-American communities. This real-time support for community and individual financial empowerment is at the heart of the black banking moment. 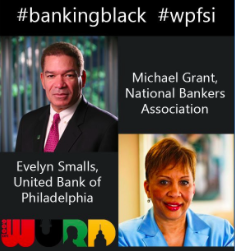 Michael Grant, President, and CEO of National Bankers Association notes that when local banks lend to businesses in the community results are instantly produced. Returns are not solely in dollars but rather create a real impact on jobs, eradication of homelessness and poverty. Black-owned banks balance regional and local economies through spreading the wealth to the communities that they serve.

While support for black-owned banking institutions is long overdue, in order to positively influence these institutions members of their community should focus on building long-term relationships. Despite emerging as a finite trending hashtag on social media, #bankingblack has the potential to be one of the most positive political, economic, and social influence. Because of this, the #bankingblack movement should continue to thrive in our conscience.

What You Can Do to Support Black-Owned Banks

These are the beginning steps that allow money to continuously flow into the black community in order to change the economic paradigm of our communities.

Bob Coleman is Director of Marketing at the Prime Group, LLC and a contributor to WPFSI.

What is a CDFI (Community Development Financial Institution)

About the Author: Bob Coleman

What you need to apply
Go to Top