Home/Community Development, Helpful Articles/Philadelphia: Economic Prosperity For All?
Previous Next

As reported by the Pew Charitable Trust, a quarter of the Philadelphia population lives in poverty, the highest rate out of America’s top ten most populous cities. Despite a city with job growth above the national norm, its economy is failing many. This is not an isolated phenomenon, but rather income inequality in the U.S. is bad and getting worse. In allowing this to continue we are cheating overserves of massive opportunities by leaving people and human assets left out of the economic system.

It is more vital now that we as a city create new strategies for economic development that is inclusive and yields prosperity for many, not just a few.

Despite small-scale efforts to mitigate the above injustices, traditional approaches to economic development have contributed to the economic problems we face today. These approaches too often position communities against each other or fail to help many low-income people. Too often traditional development efforts don’t drive local economic development because they fail to involve local people in the process; create jobs with decent wages, avoid the dislocation of many residents and businesses, and create a more vibrant community.

Too often the city of Philadelphia, as well as other cities, have relied upon supporting traditional corporate firms to grow the local economy, hoping that benefits to the community will trickle down. These approaches treated the community’s needs as an afterthought. Many cities, states, and counties across the country use counterproductive and potentially devastating policies to lure companies from one community to another. As Democracy Initiative reports in their 2015 report, corporations have won more than $80 billion annually in tax breaks, cash payments, and other concessions from cities, states, and counties.

Although city development as evolved other the years, it remains far less effective than it could be. Other traditional city approaches to economic development include the following: supporting large corporate businesses in expense of locally owned small businesses; allow large institutions, such as hospitals, universities to drain money from communities without tapping them for local hiring and purchasing power; exclude local residents in decision making and other planning processes; creating work training programs that have no linkages to actual jobs; and unwilling to resist pressures from corporations whose demands help perpetuate wealth inequality. 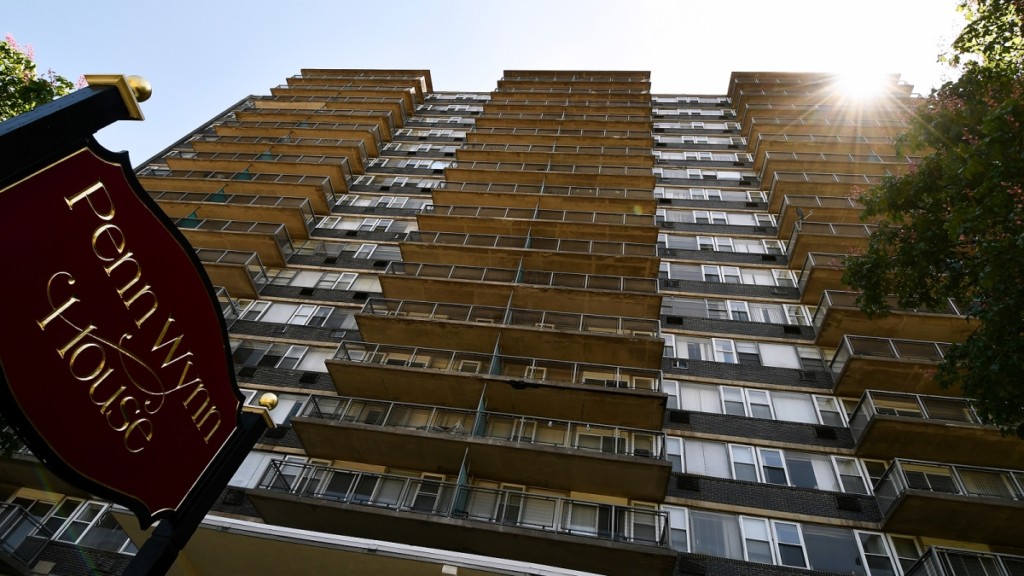 Residents at Penn Wynn House in West Philadelphia are fighting an eviction notice from the new owner. (Bastiaan Slabbers for NewsWorks)

A current example of this traditional approach wreaking havoc in people’s lives is that currently, Philadelphia’s Human Relations Commission is investigating 17 complaints of forced eviction from residents of the West Philadelphia Penn Wynn House to make way for a redevelopment project.

In order to create more inclusive economic opportunities, a new paradigm should strategically collaborate with communities. Organizations and the city must put community engagement as a main component of their development strategies. Cities, particularly Philadelphia, should include communities in the deliberation on public issues as well as allocate opportunity to collaborate on solving local problems. To be sustainable, communities should connect with others to form long-term relationships across the city and even the country. This is particularly important as social capital is known to enable greater economic mobility and community wealth building.

A new community-centered approach should be based on the following principles for sustainable local growth: invest in under-utilized local assets; promote local ownership of businesses to keep money circulating locally; encourage large institutions to buy local; bring communities to the table in collaboration efforts; aim to create inclusive, living wage jobs; link training to employment and focus on jobs for those with barriers to employment; as well as to develop new institutions and innovative ecosystems to support these new goals.

Communities suffer when large gaps exist between government and civil societies. When communities work closely with each other and local institutions such as city agencies, non-profits, and others they build strong and healthy communities.

There are promising innovative initiatives in the city that encourage community engagement as the center piece in community wealth building. With highlighted attention to the need to engage local populations in the development process, more inclusive economic futures will be in reach for more in the city.

What are your thoughts. Let us know in the comments below.

Gabriella is passionate about the ability of entrepreneurship to spark community development. While receiving her Masters in Development Management from The London School of Economics and Political Science, she created a social business based in Morocco that reinvests its profits in entrepreneurial classes for migrant women. She is an experienced global consultant and is excited to bring her experience back to her native Philadelphia to help communities thrive.

What is a CDFI (Community Development Financial Institution)

About the Author: Gabriella Nolan

What you need to apply